10 Common Lies People use in their Online Dating Profiles 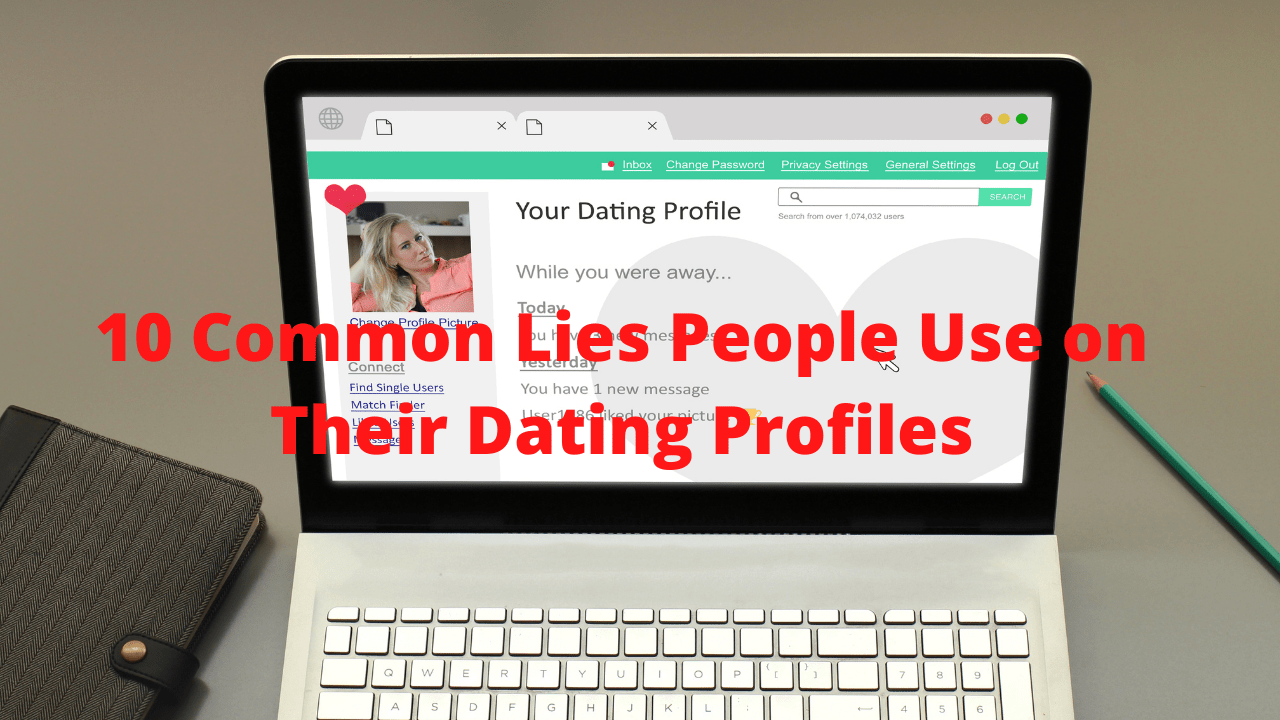 Are you thinking about going online, yet scared that people will tell lies about who they are?

Did you know that 80% of singles have fessed up to lying on their online dating profiles? In a study conducted by researchers at the University of Wisconsin-Madison and Cornell University found that 80% of online daters lie about their height, weight or age.

Does this mean that everyone is out to deceive you?

No. People mainly tell white lies to make themselves look better and to get a date.

The good news is that research has found that slight lies or misrepresentations on online dating sites are quite common, major lies are actually RARE – which is reassuring!

Here are the 10 Most Common lies people tell Online

Both men and women are guilty of lying about their age – especially in the older age range where you will find many singles claim to be 49, yet are older. According to a  study commissioned by BeautifulPeople.com people round down by 5 years and the reason they lie is so they can appear in more searches. Problem is, telling this lie doesn’t work out for you in the long term.

2 There Are Lies About Their Height

50% of men are untruthful about their height – saying they are taller According to a study by Ok Cupid taller guys received twice as many messages as shorter guys. Guys know women prefer taller guys.  Whereas shorter women get more attention online. For the 50% of men who lie, their intention is to get a date, hoping when you meet them you will like them regardless of their height.

3. Weight is Another Common Lie

More women lie about weight than men to get a date. Women took off 3.8kgs whereas men took of .6kgs. There is absolutely no point lying about weight as when you meet it will be obvious – it will never result in a 2nd date!

As a dating coach, I get people who tell me they get a lot of first dates yet no second dates. Their question to me is why? The reason turned out to be lying about their weight or body type. People have definite types they are attracted to and if you have gotten them to a date misrepresenting yourself they will be disappointed and choose not to see you again. Remember you need to be with someone who likes you for you and how you look. My advice for your profile is to make sure your body type matches your photos and the activities you like to do.

People lie anywhere between 20 -40% on their income bracket. Men actually thought it was acceptable to lie about income or occupation more than anything else in their profile. The reason they do this is they know how important this is to women. My advice is this is something that shouldn’t be answered in a profile.

42% of men lie about some aspect of their job whereas 32% of women do. Some women also downplayed their intelligence, believing men are not attracted to intelligent women.

This is the biggest area where people lie and was found to be the single most deceptive element of an online profile. It is common for singles to post photos that don’t accurately show how they look now – old photos, digitally improved photos or just headshots. I recommend people put up between 3-5 photos – one good headshot, one full body photo and one doing something you love. So often I find people spoil their profiles by putting too many photos up. The thing with a photo is you want it to look good but not so good that the person won’t recognise you when they arrive on a date. For more tips read – Internet Dating What to Avoid and What to Include.

This is another common area where people lie because they want to show themselves in the best possible light. People may say they like sport – when it is something they only do once in a blue moon. I love the story of a guy who selected women who said they loved to walk along the beach. When he contacted the women and attempted to arrange a date walking along the beach they ALL declined and said they didn’t want to, many said it was something they never do! Your profile should reflect what you genuinely love to do, that way it will attract a person who enjoys similar things.

9. Looking for a relationship

Many online users will say they want a relationship when they don’t. Men are more guilty of this as they have learnt in the past it gets them what they want. Guys know that their chances of getting laid will plummet if they indicate that they are only interested in a casual hookup.

According to research firm GlobalWebIndex (GWI), which released some figures on Tinder  42% of users are married! Of course, this has to be the worst lie of all! No-one wants this to happen to them!  I have often found that people in relationships give themselves away by not having a photo that clearly shows who they are.

Reading about all the lies people tell online may sound grim but don’t let this put you off as one-third of all single Australians use online dating,  40% of people over forty meet online and there are countless success stories. Just remember that most singles aren’t trying to deceive you rather just trying to get a date with you.

My advice to you is, to be honest, real and authentic in your dating profile as you will get much better results when you do.  Here are #12 Hacks to Write a Winning Profile – with examples.

Online dating may feel like you are sorting the wheat from the chaff, but believe me when I say you will still find quality singles online!

If the thought of being lied to you scares you,  if you are worried that you will get hurt again or simply don’t know how to navigate the modern dating work why not book in a coaching session. You can book a free discovery call where you have everything to gain and nothing to lose. To book in, click here.

First Date Tips for Guys Wanting to……… By Guest Blogger