Did you Know that Research Found 75% of Singles Love the Dad Bod?

By Debbie Rivers 31 March, 2021 Advice for Men, Blog
No Comments 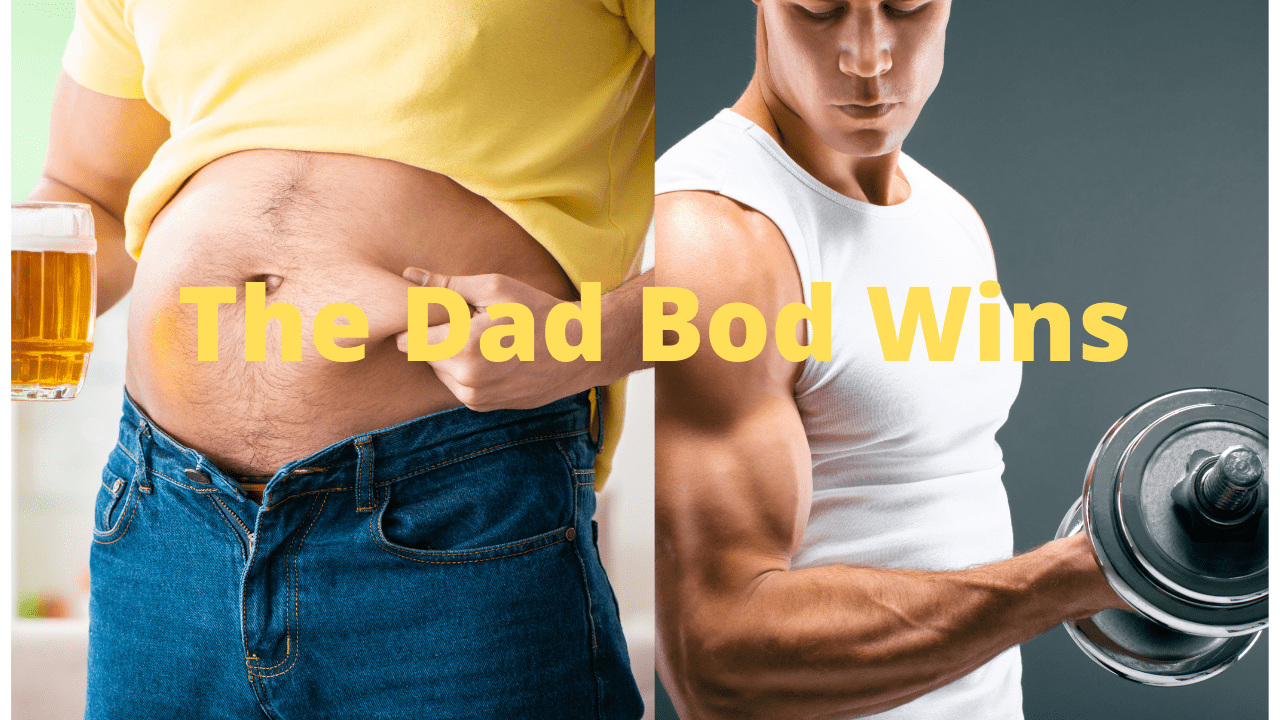 Everyone has a body type they like and you may think you are being rejected because you don’t have a fit body but think again as research has found that 75% of singles prefer the dad bod!

It is all too easy to feel that you are unsuccessful on dating apps because of how you look but that isn’t the reality.

A lot of the time it can come down to a number of other factors like how you are using online dating.

Reasons you are unsuccessful online

As a Dating Coach, I regularly work with singles to ensure they get the success online that they deserve!

I know firsthand that nowadays men’s self-esteem is being affected by dating app rejection just as much as women’s self-esteem is. It is a new phenomenon that men are now feeling that they simply don’t measure up to how they believe they ‘should’ look.

One of the reasons that this is happening is that men are 3 times more likely to swipe right on Tinder, which could be causing some rejection and low self-esteem. A study found the matching rate for women was 10.5% but only 0.6% for men – tough right!

Another study found that men suffered lower self-esteem from using the Tinder app and felt unhappy about their looks. The researchers found a link for both men and women, between app use and self-worth indicators, such as body satisfaction, self-esteem, feelings of body shame, comparisons to others and self-objectification.

Dating can be superficial and it can be all too easy to believe you are being rejected because you don’t have a toned body. That’s is why I want to let you know about the research carried out by one of the biggest dating groups – dating.com. Dating.com wanted to find out what their users most desired body type was.

Here are the surprising results, including the Dad Bod!

Almost 75% of singles prefer the ‘dad bod to any other body type! What is the dad bod? It is the average guy who isn’t lean or shredded and who may have even a paunch or visible beer belly, without being hugely overweight. Basically, your typical dad! Guys this is great news for you!

Over 20% didn’t care about the body type as they prefer to focus on personality over how the person looks.

Only 15% are Looking for a Barbie or Ken Lookalike!

The good news is only 15% said they were looking for the perfect Barbie/Ken body type! Great news because I am sure that the whole ‘Barbie’ body type isn’t possible without plastic surgery!

Other Random Info beyond the Dad Bod

45% of men surveyed were proud of the #dadbod and put it on their profile. While 70% had started working out and 38% had joined a gym!

What about the Women

This survey wasn’t about women’s body type but I have covered that in How Attractive Are you Really?

Men who aren’t gym junkies won’t choose women who are, as that doesn’t appeal to them. Men tend to look at women’s bio’s to see if they have a lifestyle that will match their lifestyle. Therefore, if they don’t go to the gym they won’t look for someone who does (unless of course, they are looking for someone to motivate them)! Of course, if they are into the gym they will find the women who are also into fitness attractive.

TV and movies promote the perfect body type! But the good news that in the real-world people don’t have to look like that to find a date.  The great news that the dad bod is in and is easily obtainable!

When it comes to dating appearance isn’t everything. In fact,  being confident as well as having the ability to have a good conversation is the key to success both online and in the real world. If you are struggling to have the success you deserve, why not book in a free discovery call. You have everything to gain and nothing to lose, click here to book in now.

7 Factors That Affect Relationship’s Longevity in A Couple